The United Nations in Vienna

The United Nations Family in Vienna 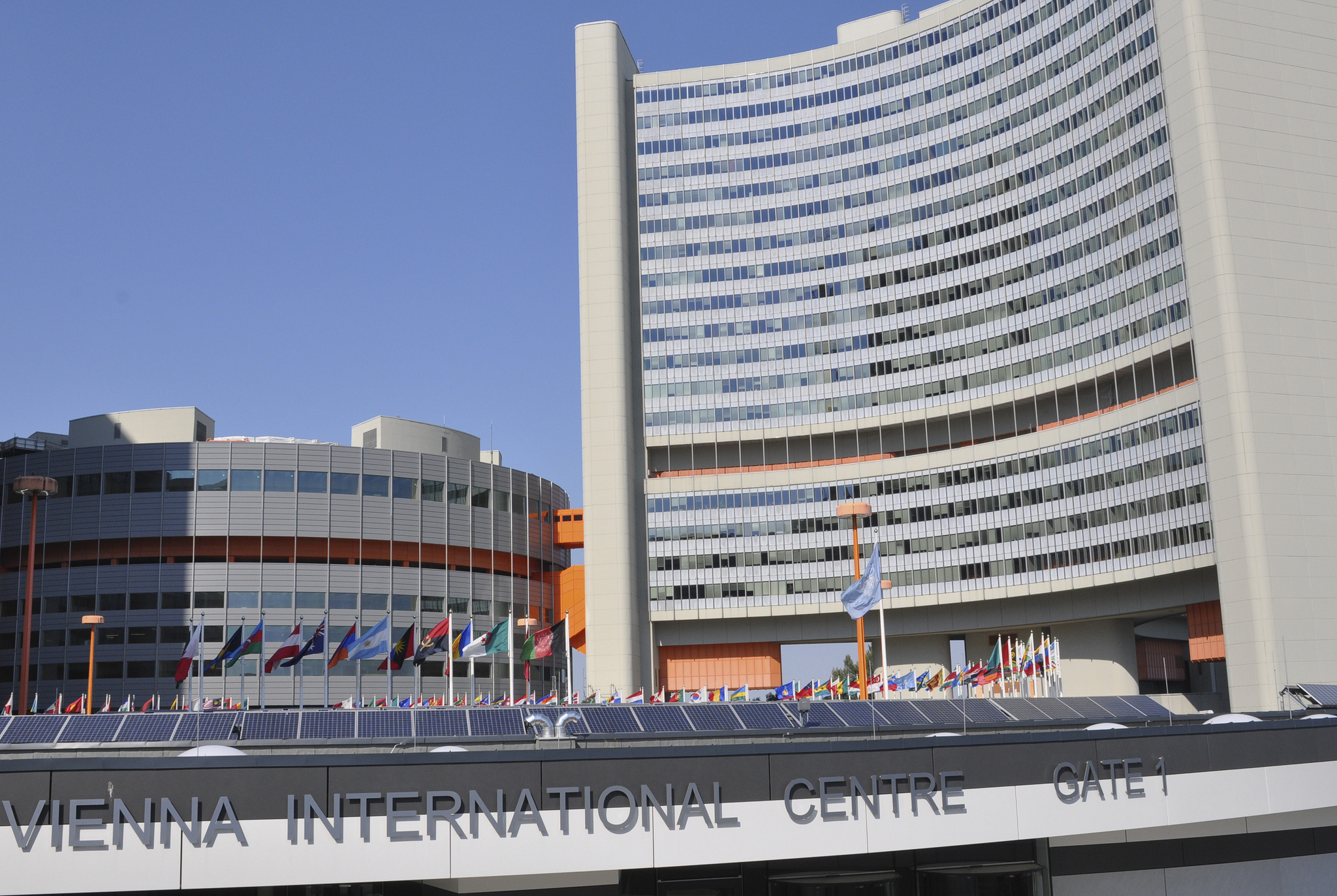 Vienna is one of the four headquarters of the United Nations, along with New York, Geneva and Nairobi.

The Vienna International Centre (VIC), commonly known in Austria as "UNO City", was opened in 1979 and is leased for a symbolic annual rental sum of one Austrian schilling (equivalent to seven euro cents) to the United Nations for 99 years.

Around 5,000 employees from more than 125 countries work for the organizations based in Vienna.

The United Nations Office at Vienna (UNOV): provides administrative support including conference planning, security and language interpretation to UN programmes. The Director-General of UNOV represents the Secretary-General in dealings with the host country and diplomatic missions in Vienna.

The International Atomic Energy Agency (IAEA): is the world's central intergovernmental forum for scientific and technical co-operation in the nuclear field. It works for the safe, secure and peaceful uses of nuclear science and technology, contributing to international peace and security and the United Nations' Sustainable Development Goals.

The United Nations Industrial Development Organization (UNIDO): is the specialized agency that promotes industrial development to create shared prosperity and advance economic competitiveness while safeguarding the environment and strengthening knowledge and institutions.

The United Nations Office on Drugs and Crime (UNODC): from its headquarters in Vienna and through a global network of field offices, UNODC assists Member States to address the threat posed by drugs, crime, corruption and terrorism and to promote security and justice for all.

The Preparatory Commission for the Comprehensive Nuclear-Test-Ban Treaty Organization (CTBTO PrepCom): is preparing for the implementation of the Comprehensive Nuclear-Test-Ban Treaty (CTBT), which bans nuclear explosions by everyone, everywhere: on the Earth's surface, in the atmosphere, underwater and underground. It is establishing a global verification regime with 337 monitoring facilities to ensure no nuclear explosion goes undetected. The monitoring data are also used for non-verification purposes such as tsunami warnings and global radiation monitoring.

The International Narcotics Control Board (INCB) : is an independent panel of experts monitoring and promoting the implementation of the UN drug control conventions. INCB works to ensure the availability of narcotic drugs and psychotropic substances for medical and scientific purposes while preventing diversion into illicit channels. The Board monitors national controls over precursor chemicals used in the illicit manufacturing of drugs and assists Governments in preventing the diversion of precursors.

The International Organization for Migration (IOM): is dedicated to promoting humane and orderly migration for the benefit of all and international cooperation on migration issues. It also provides humanitarian assistance to migrants in need. IOM Vienna consists of the IOM Country Office for Austria and the Regional Office for South-Eastern Europe, Eastern Europe and Central Asia.

Sustainable Energy for All Initiative (SEforALL) : is a global platform working to achieve universal access to sustainable energy, as a contribution to a cleaner, just and prosperous world for all. The initiative brings together thousands of partners from the public sector, private sector and civil society.

The United Nations Commission on International Trade Law (UNCITRAL): is focussed on the modernization and harmonization of laws for international trade and business to reduce legal obstacles to the international flow of goods. UNCITRAL develops conventions, model laws and rules as well as legal and legislative guides in areas such as arbitration and mediation; micro-, small- and medium-sized enterprises; electronic commerce; insolvency law and security interests.

The United Nations Department of Political and Peacebuilding Affairs (DPPA) : maintains a Liaison Office in Vienna, which also represents the UN Departments of Peace Operations, and Operational Support. It aims to strengthen the cooperation between the represented departments and the Organization for Security and Co-operation in Europe (OSCE).

The United Nations High Commissioner for Refugees (UNHCR): monitors the implementation of the relevant asylum laws in Austria according to the Geneva Refugee Convention and makes suggestions on refugee related questions to the authorities.

The United Nations Information Service (UNIS) Vienna : as part of the network of UN Information Centres around the world, UNIS communicates the activities and concerns of the United Nations to the four countries it serves - Austria, Hungary, Slovakia and Slovenia. It also supports the public information activities of Vienna-based UN organizations.

The United Nations Scientific Committee on the Effects of Atomic Radiation (UNSCEAR): evaluates the levels and effects of exposure to ionizing radiation. Its reports provide the scientific basis for radiation protection measures used by governments and international bodies.